A six-month-old baby, Samantha Pendo is in critical condition after police officers raided her parents home in Kisumu, Kenya and beat her with a baton while she slept in her mum’s arms.

The little girl was caught up in a violent raid when officers shoved the door open, fired tear gas into the house and beat the family with batons.
The baby had fallen into a coma by the time she was admitted to hospital hours later because police refused desperate pleas to take her to A&E.

Her mother, Lenzer Achieng said she feared Samantha was dead after her baby was struck when police broke into a bedroom where she was lying with her daughter.

One of the guys beat me and the other one came with that stick on them and hit the baby. Then I left the baby off of my hand because she did not cry, I did not feel any movement with the baby. I said screaming, she was dead.

The horrific incident is following post-election clashes in Kisumu in the wake of last week’s presidential elections.

It is believed officers were searching for political protesters when they burst into the family home.
Dad Joseph Abanja, whose arms and hands were left swollen and scraped from the beating, said he and his family were innocent.

We’re not thieves. Its just me and my family in the house. They beat me bad like a thief and I am no thief.

Doctors at the Kenyan city’s Aga Khan Hospital said they are desperately trying to save Samantha’s life.

At the time of admission the child was critically ill and had already lapsed into coma. So we did what we are supposed to do and we admitted the baby into ICU where she remains quite sick, quite, still critical. The medical team is doing its best in terms of turning this baby around, but she remains quite critical. 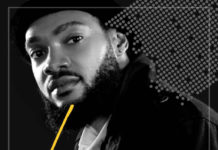 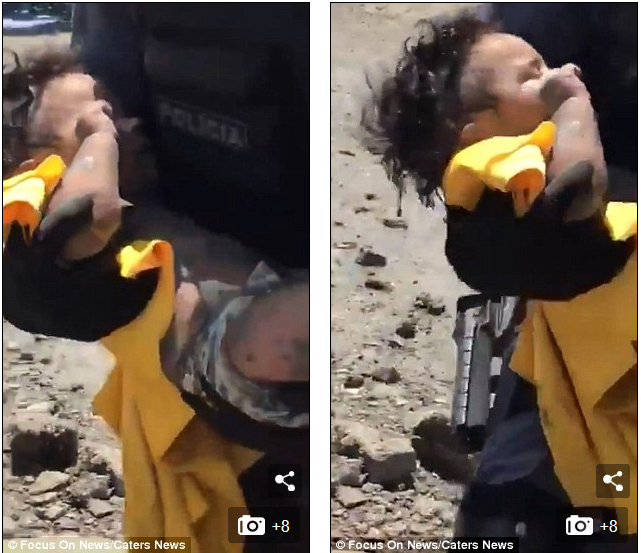 Man destroys his pen!s while trying to perform unusual s3x style in the bedroom (PHOTOS)

Photos from the hospital where Pres. Buhari’s son, Yusuf is receiving treatment after his accident