Another Celebrity has commented on the latest happening in the show.

The video quickly went viral. The couple trended the whole day, stirring mixed reaction among fans; while some prudes condemned the housemates, other dismissed the video as simply consensual sex between two adults.

Now, Don Jazzy has reacted to the trending video.

First, he posted a video of himself singing to Sister Nancy’s hit song, Bam Bam, then he encouraged his fans not to judge the couple.

I’m not even judging. Last last body is not fire wood o. U never use toilet before??? Cast the first stone 🚶‍♂️🚶‍♂️

He shared the video Below and captioned it WataBamBam: 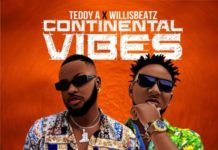 BamBam slays as a Bridesmaid in Friend’s Wedding (Photos)

If the price is right, I can act nude – Teddy A