Africa’s richest mam, Aliko Dangote, has come out to make a shocking revelation in an interview that he is ready to re-marry again as he is in search of a wife.

The Billionaire made this revelation while speaking with David Piling in a Financial Times interview, Dangote revealed that his schedule is inhibiting romance.

Aliko Dangote who is twice divorced and has three grown-up daughters, told FT that he is on the lookout for a new bride irrespective of his age which is 61.

He however adds a caveat:

“I’m not getting younger. Sixty years is no joke.But it doesn’t make sense to go out and get somebody if you don’t have the time. Right now, things are really, really very busy, because we have the refinery, we have the petrochemicals, we have the fertilizer, we have the gas pipeline.”

So ladies, who is applying?

VIDEO: I once withdrew $10m cash just to look at it —Aliko Dangote

Africa’s richest man, Aliko Dangote hosted to a birthday celebration by his workers in the office (PHOTOS+VIDEO) 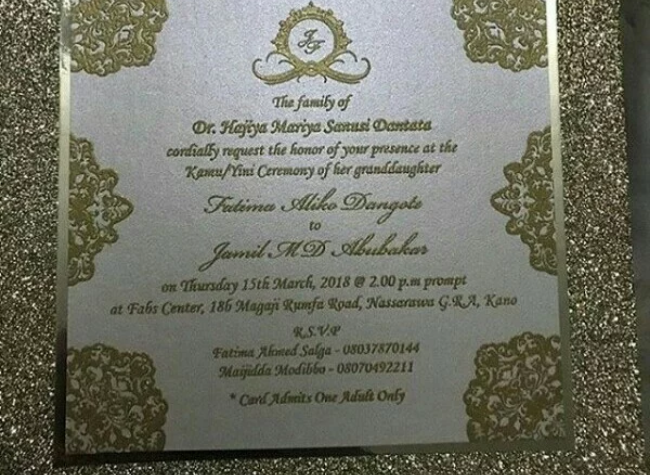