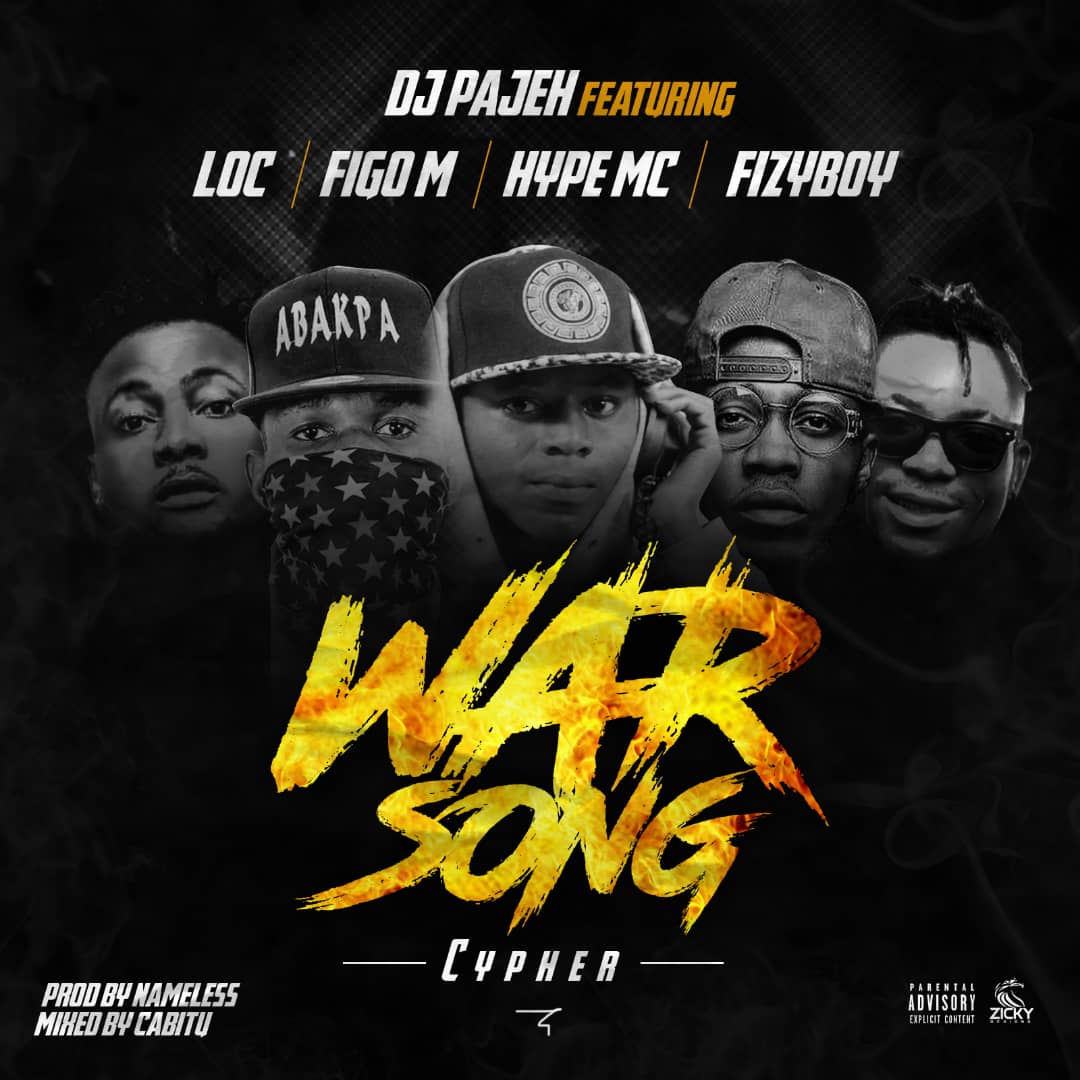 It is indeed a War Song (Cypher) because you will find all the featured rap artistes doing their thing.

The rap masterpiece song was produced by Nameless, mix and mastered by Cabitu.