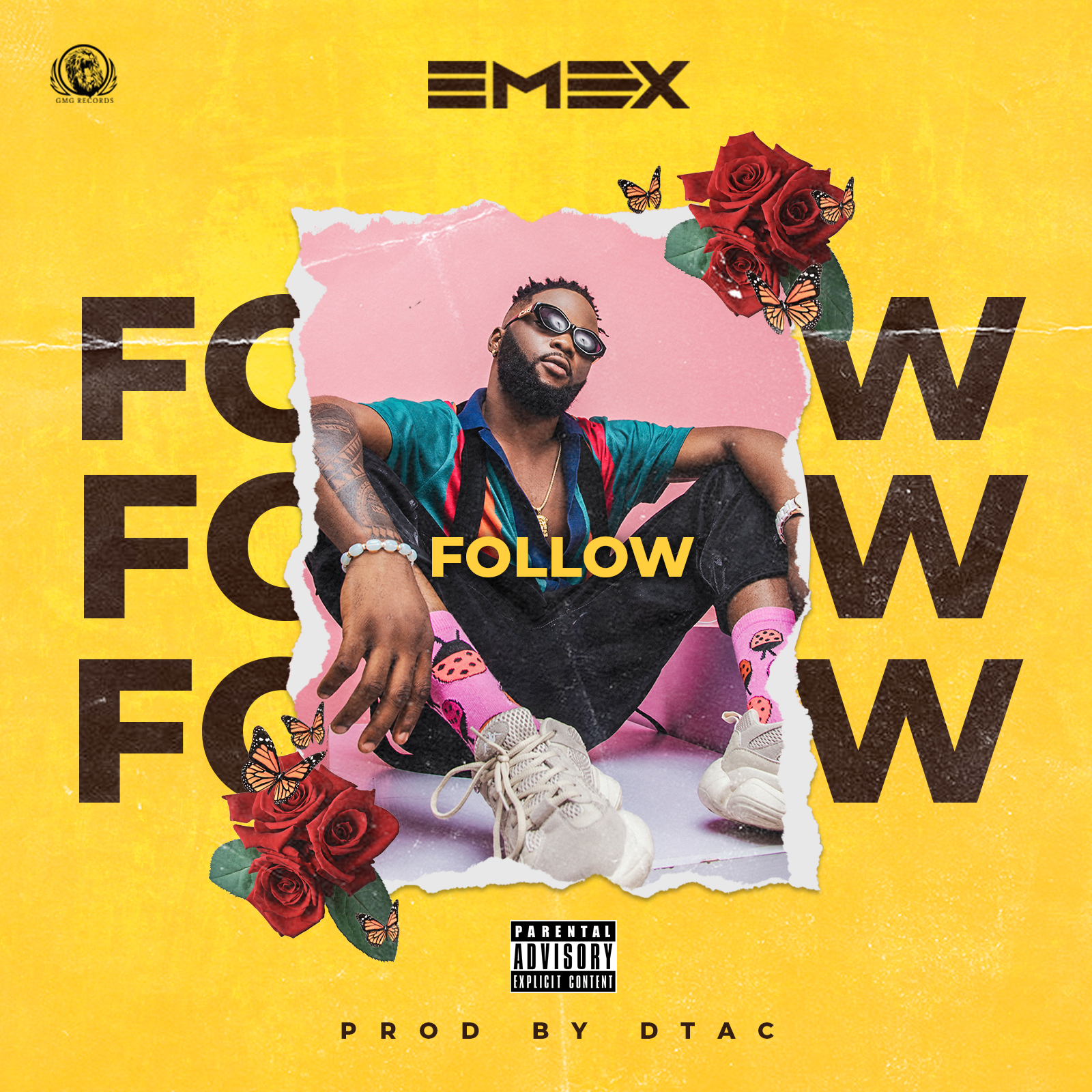 From the succinct feedback of many music lovers from all social media platforms, we can remarkably say that it has been an intriguing year for the African Afrobeat artiste “EMEX”.

After so many hardworking days and nights in the studio, EMEX is set to drop another captivating Banger with smooth rhythm titled “FOLLOW” – This sensational single is Produced by Dtac. Emex believes that success is not final, it is the courage to continue that matters most, so “FOLLOW” is a follow up to the successful release of his iconic “HELLO” song featuring African Award Winning Rapper YCEE, which was a favourite hit among his fans and was featured on MTN YELLO top ten and other top music chart in the county and beyond EMEX has promised his fans good music as he getting ready to drop his “MIXTAPE” before the end of the year which consist of songs that will feature TOP artistes in Nigeria and beyond.