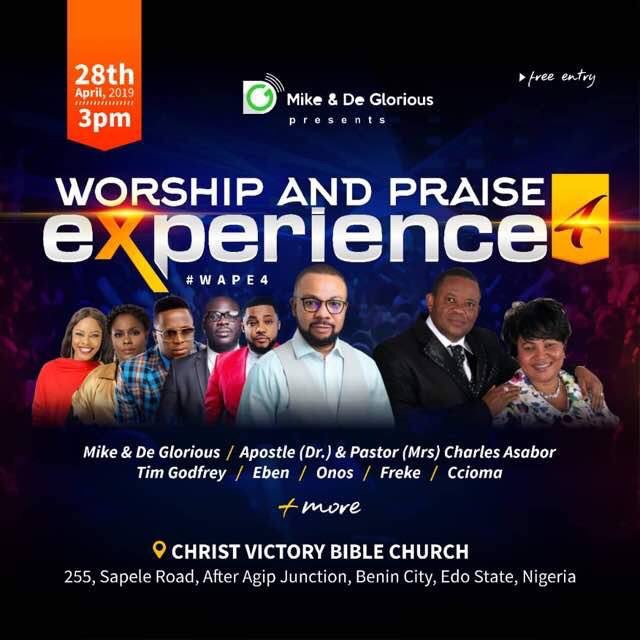 Leader of Deglorious Gospel Band, Michael Obasuyi has for you driven the Gospel of Jesus in Benin City, Edo State and the Entire Country, Nigeria. With Live Recording Concerts and Other Gospel Events like; The Road Side Church which had its Second Edition tagged Euphoria, a 3-Day Event featuring Micah Stampley in 2017, and The Worship and Praise Experience with its Previous Edition (WAPE) in In April 2016 at the Church Unusual (CGMI Youth Church), Benin has brought forth massive turnout of worshippers, of Different Denominations and Religions.

The Event is Free for Entry and is Scheduled to Hold on Sunday, The 28th of April, 2019 from 3pm (till Evening) at the Christ Victory Bible Church 225 Sapele road, After Agip Junction, Benin City, Edo State, Nigeria.

Don’t Miss this For Anything! Worship and Praise is the Aim and It is what we will do. Stay Blessed.