Floyd Mayweather is said to have become the first fighter to have earned more than $1billion in the ring following his fight with Conor McGregor and the American certainly likes to make his wealth known.

The Money Team leader claimed he made somewhere in the region of £250m in his defeat of the UFC’s main man in August and he has been making the most of his second retirement ever since, keeping fans updated with a stream of opulent social media posts.

And the 40-year-old has continued in that vein, sharing a video of himself and his diamond-encrusted jewellery and his expensive luxury cars.

In a recent interview, Mayweather boasted about just how super rich he is saying:

“We’ve got a lot of problems but money isn’t one.”

“We only talk about two things – money and more money. I already made $1bn, it was easy,” 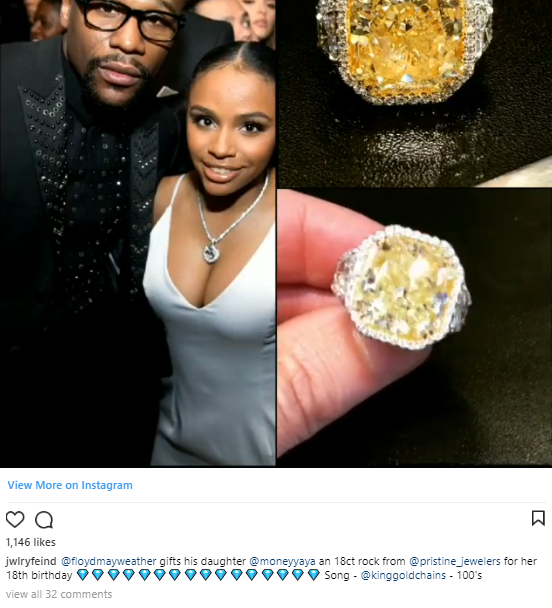 Floyd Mayweather purchases a ring worth $5 million for his daughter...

I Want to Sleep with Mayweather – Maheeda