The #FreeBeatzFriday which happens to be one of Nigeria’s best artist discovery platform since it’s inception in 2015 is set to return this July with one of Nigeria’s hottest producer disturbing 2017 thus far.

EARLY LIFE
PRINCETON BEATZ was born on the (25th of July) and hails from Cross River State. Princeton discovered his passion for music production at an early stage while undergoing his university education, he started by making beats for his friends in school who sings, thereafter started producing for topnotch artists at the state level untill the major breakthrough trip to Lagos & Dubai came through.

NB: Our tradition is to help promote outstanding artist that comes out top on our project.

All entries close two weeks after the beat drops and should be sent to [email protected]. 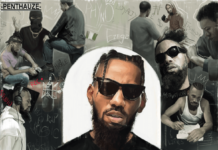