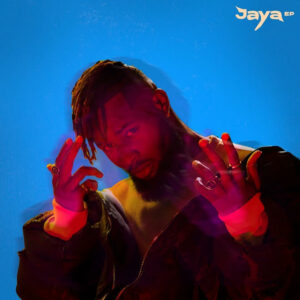 The significance of this EP speaks to an awakening, a rebirth sort of. It is Jaya’s first project in over a year since he last put out anything official – not for the fans which he normally would, and neither for commercial value even, which is one of the benefits of his musical artistry. He’s utilized his time off as a period for redress to not only finetune his craft but to have a microscopic depth of understanding to his creative self, his purpose and then apply that insight in his quest to victory as he journeys through to become. It is in this same mind of intentionality that the EP was eponymously titled as a representation of himself birthing the vision and becoming an embodiment of his own creation.

Jaya is no new staple to the industry fold and an EP that is themed on hustle and grit can only communicate aptly. With a musical career that spans about 5years, Jaya’s EP is a statement based on what he ultimately hopes to be, and this EP chronicles the grinding process that takes him to that desired place. From R&B sounds to African pop that is both edgy and rich especially when you add his soulful vocals to the mix, Jaya finds expression on six (6) tracks that paint him in different facets. Bayi, Vibe & Believe reveal the side of Jaya that is hopeful and a dreamer. Kerewa is playful and shows his dexterity using witty lyrics and innuendos just like Suddenly while WAFF and Dance Killer are what we’d call a vibe!

Speaking on the EP, Jaya shared that the project was a very personal one to him adding that it was in doing the things that gave him joy that he found the strength to keep going and not give up.

“I’m happy that this project is coming out now. A lot of us, myself inclusive have waited long enough for this moment to become a reality and that’s why I spared nothing on this project. I gave it my all. I intentionally went silent for a while, and I was able to use the time to study more and perfect my potential in a way that serves everyone the best of me”.