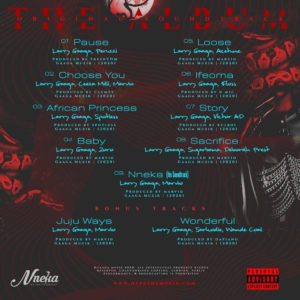 “Nneka the Pretty Serpent” premiered on Netflix on Wednesday, August 18, 2021

“Peruzzi, Zoro, Sarkodie, Ceeza Milli, Wande Coal, Marvio and Victor AD all appear on the soundtrack album, which has 11 songs (9 normal tracks and 2 bonus tracks). On Monday, August 23, he revealed this on his Instagram page with a photo of the tracklist and a sample from each song.

All of the tracks were recorded in 2020 under the label Gaaga Muzik.

Larry Gaaga has worked on other soundtrack albums. In 2020, he produced the soundtrack album for Play Networks’ classic remake, “Rattle Snake: The Ahanna Story,” which included 2Baba, D’Banj, Patoranking, and late Sound Sultan, as well as tracks like “Doubting Thomas,” which featured Umu Obiligo and Davido.

He also produced the soundtrack album for the film “Living in Bondage: Breaking Free,” which featured soulful sounds with a blend of pop and afro beats such as “Finish Me” feat. 2Baba, Waje, Omawumi, and Peruzzi – “In My Head” feat. Patoranking, “Follow Me” feat. Syemca, and “Trust Nobody” feat. Skales and Yung L”. 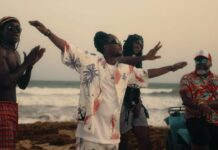 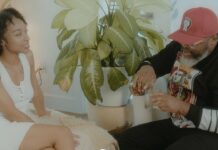 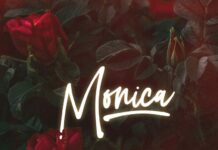 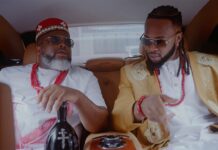 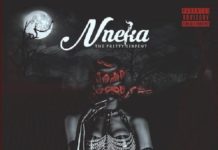 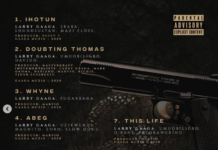