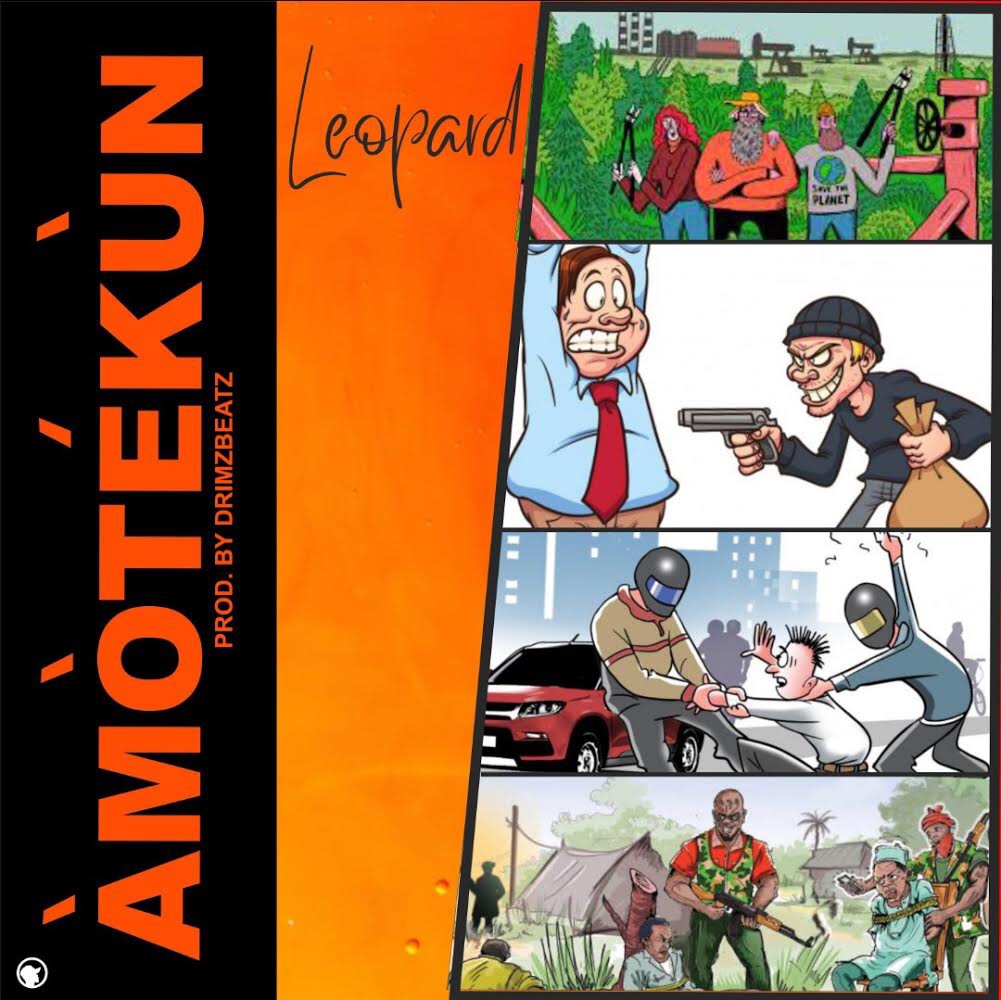 “With the spate of insecurity in the country today like terrorism, banditry, armed robbery, kidnapping; creation of regional security outfits is a step in the right direction”

Fast Rising act “Leopard” lends his voice to support the ÀMÒTÉKÙN movement. The song delivers a meaningful message, it was produced by Drimzbeatz, mixed and mastered by Crespin Mix.

Marijuana was the first thing sold over the Internet. pic.twitter.com/u4BdWgCy6m