Linda Ikeji is seen hanging out with her friends in a video as she shows how she reacts when she is called a ‘babymama’.

As seen in the video, one of her friends was introducing her other friends when it got to Linda’s turn, she called Linda, “A Babymama”.

She captioned the video;

Recall that Linda Ikeji came under heavy criticism after she revealed she was pregnant outside wedlock.

She even faced heavier criticism after she revealed she would not marry her baby daddy, Sholaye Jeremi.

She had revealed how their relationship started and how the man dumped her after impregnating her.

Whatever be the case, Linda Ikeji is enjoying herself. She has a son and have her career going for her.

Read reaction from Nigerians below;

Linda Ikeji writes on her journey to success 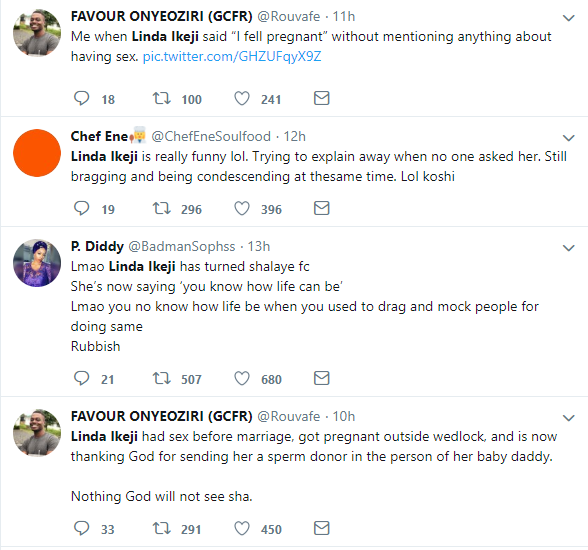 Linda Ikeji finally confirms Sholaye Jeremi is her Baby Daddy, discloses how he met Him at Ikoyi