The Red Devils started the match impressively and it took them only three minutes to score the first goal of the match.

Leicester City defender Daniel Amartey handled the ball in the box in which the center referee had no choice than to give Manchester United a penalty.

Paul Pogba who won the 2018 FIFA World Cup with France is now the player who scored the first goal in the 2018/19 Premier League season.

Nigeria international Kelechi Iheanacho had a superb chance to restore parity for Leicester City when he was set up by Demarai Gray, but he was denied by David De Gea. The first half ended with Manchester United leading Leicester City 1-0 at Old Trafford.

In the 47th minute, Chile international Alexis Sanchez had a chance to increase the scoreline for the hosts, but his shot was parried away by Kasper Schmeichel.

Leicester City were looking for all possible ways to equalize only for Luke Shaw to break their hearts scoring the second goal for United after benefiting from a great assist from Juan Mata as Jose Mourinho’s side won the match 2-1.

England international Jamie Vardy scored at the death for the visitors. 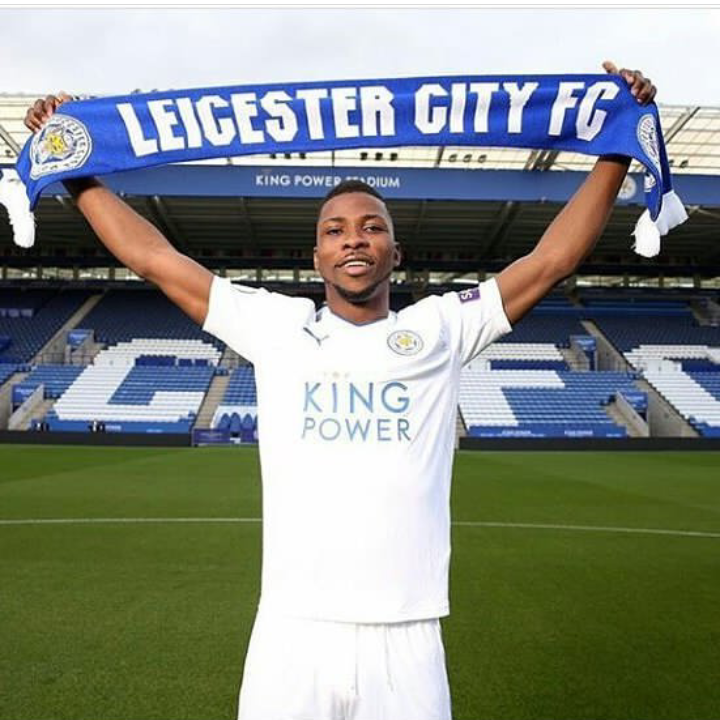 Kelechi Iheanacho sends Leicester City to FA Cup 4th Round, Becomes First Footballer To Be Awarded A Goal By VAR