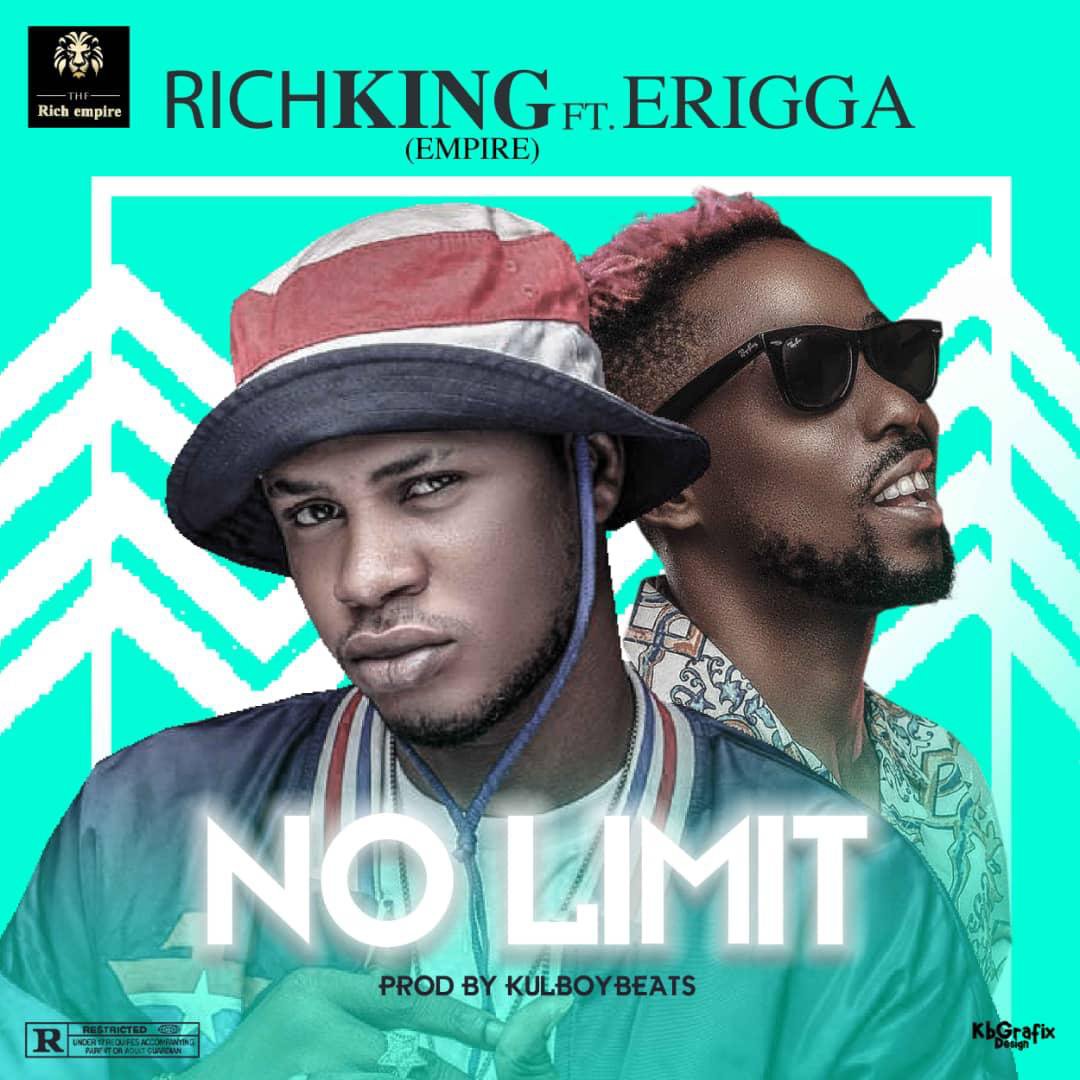 The rave of the moment “RICH KING EMPIRE” is surprising his fans all across the world with a new sensational song titled “NO LIMIT” produced by KULBOYBEATS.

RICH KING EMPIRE is one of the new generation artistes who has been touted as the next best thing and has shown potential with every song he puts out.

“NO LIMIT” which features EMIRATES EMPIRE act ERIGGA is a song every youth of this century can relate to.With more songs like this, the sky is his launch pad.