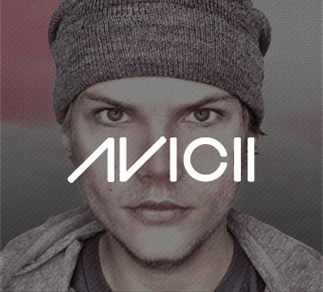 “He said one day, you’ll leave this world behind, so live a life you will remember, my father told me when i was just a child, these are the nights to live or die”

Tim Bergling, the Swedish EDM DJ and producer known as Avicii, died Friday at the age of 28, his representative confirmed. A cause of death was not immediately revealed.

“It is with profound sorrow that we announce the loss of Tim Bergling, also known as Avicii,” the musician’s rep wrote in a statement. “He was found dead in Muscat, Oman this Friday afternoon local time, April 20th. The family is devastated and we ask everyone to please respect their need for privacy in this difficult time. No further statements will be given.”

“Something really horrible happened,” wrote David Guetta. “We lost a friend with such a beautiful heart and the world lost an incredibly talented musician. Thank you for your beautiful melodies, the time we shared in the studio, playing together as DJs or just enjoying life as friends.”

One of EDM’s most popular acts, Bergling found crossover success with his 2011 hit “Levels,” an Etta James-sampling smash that went platinum in the United States and topped the singles charts in dozens of countries. “Wake Me Up” followed two years later, with the Aloe Blacc-featuring single peaking at Number Four on the Hot 100.

Blacc tweeted Friday, “My heartfelt condolences to Tim’s family and close friends. I can’t express how deeply sad I am. Meeting him changed my life. He was an amazingly talented person and it hurts so bad that he’s gone.”

Bergling – who chose the moniker Avicii because the word stood for the lowest level of Buddhist hell – started his career uploading his music before “Levels” catapulted the then-20-year-old DJ to fame overnight. Within a year, Bergling had landed on Forbes’ Highest Paid DJs of 2012 list; by 2014, Avicii was Number Three on the list thanks to $28 million in earnings that year, the result of a tortuous touring itinerary.

“With ‘Levels,’ everything just kind of took off,” Bergling said in the 2017 documentary Avicii: True Stories, which focused on the DJ’s life and career. Bergling released a pair of albums, 2013’s True and 2015’s Stories, but at the height of his popularity, the DJ announced in 2016 that he would retire from touring.

“My choices and career have never been driven by material things, although I’m grateful for all the opportunities and comforts my success has availed me,” he wrote to fans. “I know I am blessed to be able to travel all around the world and perform, but I have too little left for the life of a real person behind the artist.”

The touring retirement came two years after Avicii, one of the highest-paid DJs on the EDM circuit, canceled a series of concerts, including a Las Vegas residency, due to health problems.

“I needed to figure out my life. The whole thing was about success for the sake of success. I wasn’t getting any happiness anymore.” Bergling told Rolling Stone in September 2017 following the release of his Avīci (01) EP, his last output as a recording artists. “EDM started getting oversaturated four, five, six years ago, when money became everything. From that point, I started mentally not wanting to associate myself with EDM.”

In addition to his own work, Bergling was an in-demand collaborator and remixer who worked alongside artists like Coldplay (“A Sky Full of Stars,” “Hymn for the Weekend”), Wyclef Jean and Santana (the 2014 World Cup anthem “Dar um Jeito”), Madonna, Robyn, Major Lazer and Daft Punk. “Sunshine,” a collaboration with David Guetta, earned a Best Dance Recording Grammy nomination in 2012.

Mike Posner’s 2015 hit “I Took a Pill in Ibiza” was based on the singer’s experience at an Avicii concert. “Mike’s a good friend, so I took it as an honor,” Bergling told Rolling Stone of the tribute in September 2017, one of Bergling’s final interviews.

Nile Rodgers, who collaborated with Bergling on Avicii’s “Lay Me Down,” tweeted Friday, “Dear Tim your family have my most heartfelt condolences. You were my little bro. Love always.” Calvin Harris wrote, “Devastating news about Avicii, a beautiful soul, passionate and extremely talented with so much more to do. My heart goes out to his family. God bless you Tim.”

“We all reach a point in our lives and careers where we understand what matters the most to us,” Bergling wrote to fans on his website after the release of Avīci (01). “For me it’s creating music. That is what I live for, what I feel I was born to do.

“Last year I quit performing live, and many of you thought that was it. But the end of live never meant the end of Avicii or my music. Instead, I went back to the place where it all made sense – the studio. The next stage will be all about my love of making music to you guys. It is the beginning of something new.”