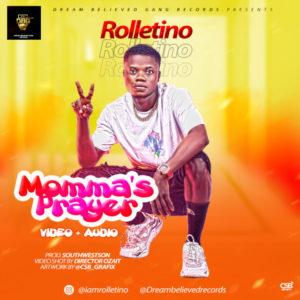 After the successful drop of his last single titled “ASIKOLAYE“ Feat Diamond Jimma on it , which gained massive applaud.

This song can be said to be one’s early morning prayer before leaving the house as it passes a lot of messages.