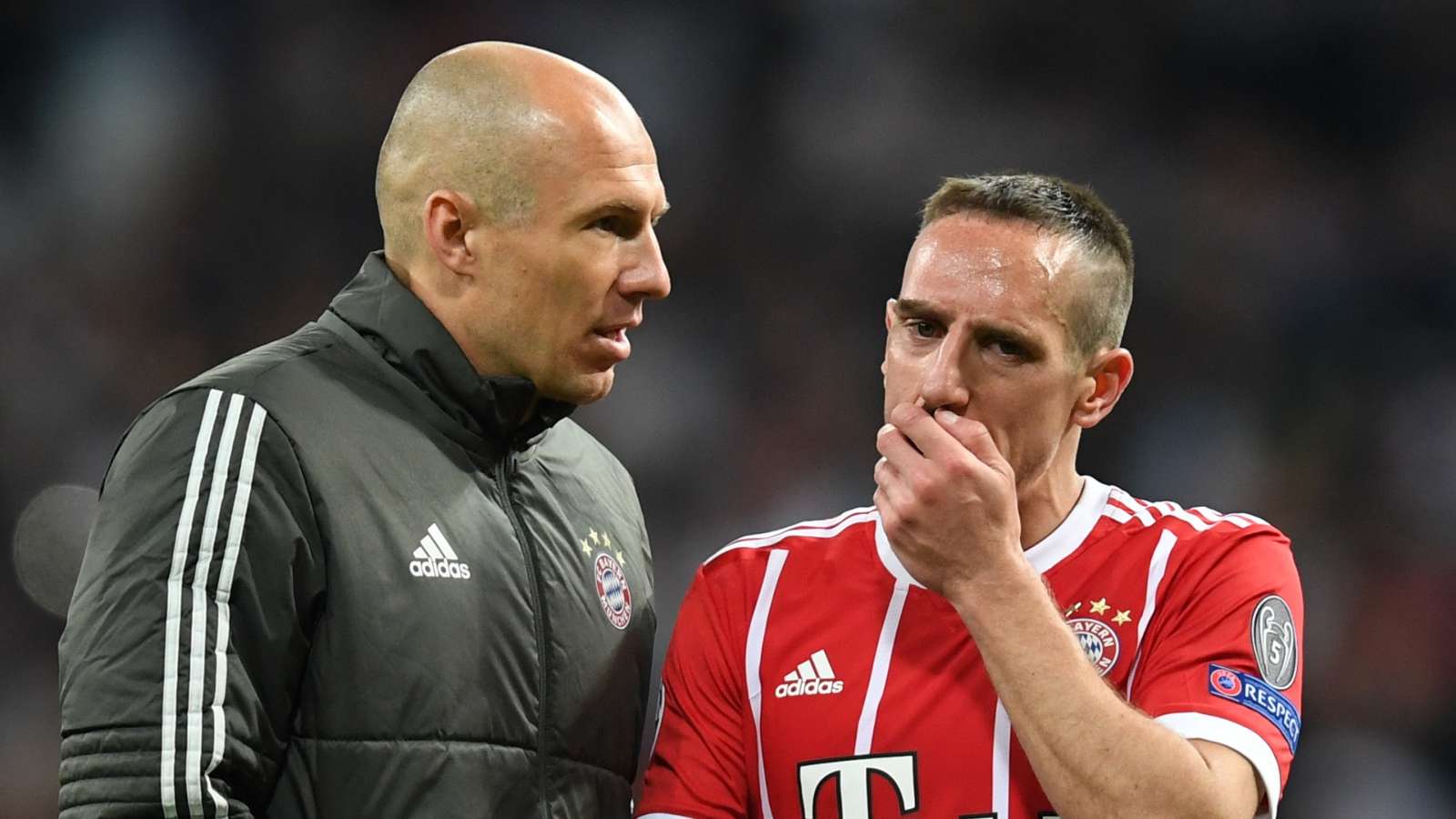 The ageing duo are coming to the end of their playing careers and a team-mate has backed them take on new roles at the club.

Bayern Munich legends Arjen Robben and Franck Ribery have been encouraged by their team-mate Niklas Sule to work for the club in non-playing roles once their careers at the club expire.
Robben, 35, is set to leave the Allianz Arena this summer after ten years with the reigning Bundesliga champions.

The winger hasn’t played for the club since the end of November when he scored twice in a 5-1 victory over Benfica in the Champions League group stages. Muscle injuries, the most recent a torn calf, and dental issues have sidelined him since then.

Sule, though, would like to see the 36-year-old extend his stay in Germany. “I would be very happy if he continues,” he said. “But if it does not happen, I hope they both get a proper farewell.”

As for Robben, Sule – who has been the subject of an enquiry from Manchester United, according to reports – wants the chance to play with the winger at least one final time. He was expected to return at the end of March, but further setbacks derailed him. “I hope that he fights back and we have one or more final games with him.”

Bayern are a point better off than Borussia Dortmund in their quest for a seventh-straight Bundesliga title with just four games to go, while they are also in the semi-final of the DFB Cup.